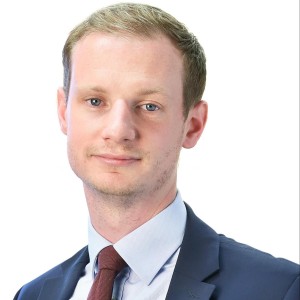 Shareholder Protection – Why Have It?

Protection against the death of a fellow shareholder is frequently ignored.

On the death of a shareholder, shares in a business will normally be inherited by the beneficiary’s estate, thus thrusting a new party into the ownership structure of the company, who could then look to either get involved in the running of the business or sell the shares to raise capital. A company’s articles of association (defining the responsibilities of directors and shareholders) and shareholders’ agreements may provide for the shares to be offered for sale to existing shareholders in the first instance.

However, if the surviving owners cannot afford to buy back the holding, control of the business can be lost – perhaps to a competitor or another third party with different objectives.

Family owned businesses will often expect the deceased shareholder’s estate/family to carry on with the business. The problem will be found
with companies with more than one nonrelated shareholder.

This is where Shareholder Protection will help. In general, a policy is taken out on each shareholder that pays out to the other shareholders on death or critical illness. A series of ‘cross-option’ agreements command that these proceeds are used to buy the deceased’s equity.

For practical purposes, the value of the shares may have been pre-agreed so that an appropriate level of insurance is in place and the transaction
is swiftly concluded.

Alternatively, a valuation can be completed by a third party if the pre-agreed valuation has not been reviewed for some time.

The protection put in place can cover the death of a shareholder only. Alternatively, cover can be provided for both death or the diagnosis and survival of a critical illness.

The main reason we find owners consider shareholder protection is for their estate/ family. Although shareholders generally have an in-depth understanding of how their business operates, inheriting family members often have no idea how to manage such a thing. Most would rather receive money, as this is far more useful to them. Cash payments can also help to relieve the stress that families face when losing a key breadwinner.

The premiums for the protection policies can be paid for by the business. However, the premiums will be treated as a benefit in kind for the shareholders.

WHAT IS A CROSS-OPTION AGREEMENT?

Business property relief (BPR) is a relief against Inheritance Tax, covering a business or interest in a business, and will often mean that no Inheritance Tax is payable. If a binding contract for sale of the business property exists at the date of transfer (i.e. on death), BPR is lost.
Under a cross-option agreement, the contract for sale does not become binding until a later date – and only if either party chooses to exercise the option, thus preserving the relief.

As the tax treatment of each case is considered on its own merits by HM Revenue & Customs, the business should confirm the tax position with its own Inspector of Taxes prior to taking out a policy.

Where a Critical Illness benefit is included, a single option agreement should be incorporated in respect of this situation. This will provide the option for the partner suffering from the critical illness to sell his/her share of the partnership in the event of a valid claim being made. However, the remaining partners do not have an option to purchase the share should the ‘ill’ partner not wish to sell – hence, ‘single’ option agreement.

Wash your hands of coronavirus scams

With the current constantly evolving Covid-19 situation, we’re aware that you want information as fast and efficiently as possible.  But

COVID-19 & Workplace Pensions – do I need to still pay?

We hope that everyone and their family are coping well in the current challenging conditions. The economic shock from Covid-19

Following the new measures introduced by the government yesterday, I wanted to let you know that we have put in