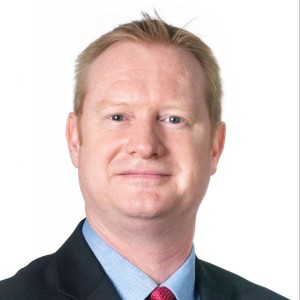 We human beings are in the main quite an inquisitive lot, loving nothing more than to know what’s going on in the world and what our friends – or indeed complete strangers! – have been up to. However recent events have rather narrowed the spectrum of life experiences being shared via the myriad of social media options used to satisfy this insatiable curiosity. Although like me, I’m sure you’ve received some side-splittingly funny stuff nonetheless!

I was therefore rather intrigued by the title of an article written by Adam Leci of Prestwood Software – market leaders in cash flow software used by firms like us to assist clients in planning for the future. After all, having already had numerous earlier ‘lock-down’ weekends to clear the garage, tidy the shed etc. what else could he have been up to? Here’s the gist of what he said:

What I did this weekend…

I’m sure you’re all on the edge of your collective seats already!

Over the weekend (in addition to an unhealthy amount of gardening) I took advantage of the lockdown by doing some of the paperwork I’ve been avoiding for several months.  Part of this included sorting out an old group pension scheme (GPP) from my first employer.  Apparently, when I was in my early 20s I had an appetite for aggressively invested Far East equities…!

A few years ago I had tried to do a DIY transfer of the benefits in my GPP to my current personal pension.  I was sent lots of long and confusing forms to fill in.  I did nothing with them, subsequently got ill and it became the lowest of priorities and was forgotten about.

Anyway, fast-forward to the weekend just gone.  I went on to my current provider’s website expecting to have forms to download, etc.  Not a bit of it – I clicked a (relatively easy-to-find) link to “transfer funds from another provider”, entered my policy number and the provider’s details, confirmed that I’d not sought financial advice, confirmed the investment strategy for the new funds, and clicked a big “Transfer” button.

Why is this important?

You would be well within your rights to ask why on Earth I’m telling you a positive story about how easy it is for consumers to do a DIY pension transfer without seeking financial advice.  My boss asked me much the same question!  All I had to do was tick a box that said “I have not had financial advice”, then I was free to make whatever terrible decisions I wanted.

The moral of the story (if there is one) is that while it’s becoming ever easier to DIY things, that doesn’t necessarily make doing so a good idea.  A quick search on YouTube reveals hundreds of videos about how to knock down load-bearing internal walls.  B&Q sell all the supplies needed.  So just because I have access to the resources and materials required to do the job, does that make it a good idea to do so myself?

Some of you may be familiar with a program called ‘DIY SOS’ but, for those who aren’t, I’ll fill you in on the premise. BBC camera crew visit a house which is falling down. A vet moved his family into the house 5 years ago, and decided he was going to put up an extension at the back, and knock through some internal walls. Unfortunately, he didn’t have planning permission, didn’t realise the internal walls were structural and, crucially, didn’t have a clue about how to build an extension. The family are now eating, sleeping, and living in utter misery in the kitchen, scared to venture upstairs for the fear that the entire house will collapse in on itself like an undercooked soufflé. In sweep the DIY SOS team, who spend a week tutting, shaking heads, and generally ridiculing the ill-conceived and woeful attempts of the DIY-er, which have resulted in far more work, and expense than was originally required.

The fact is that many people believe professional services are expensive. They are correct, and with good reason. The people performing those services are qualified (in some cases very highly qualified) to perform their jobs.

So why do people shirk offers of advice from highly qualified individuals and attempt to ‘go it alone’ when the financial consequences of getting it wrong can be devastating.

The answer is that some clients don’t seem to be able to quantify the value of financial advice in the same way they can say, dental surgery. They see an indication of the fee and think “Hey, I’m doing this myself for a fraction of what I’d pay an IFA”, often without realising the problem they are facing is not the one they thought required action.

They could go to ComparetheSmallAfricanMammal.com and buy a life assurance policy to protect their family in the event of their death, thinking “half a million sounds like enough, let’s go for that…”.

The truth of the matter is that half a million pounds might leave their family woefully under-insured; especially if the sum gives rise to a tax liability. They could select the wrong type of cover, omit important options, or having received no advice whatsoever, end up paying more for the policy than they would having sought advice.

Similarly, seeing families deprived of their inheritance when some straightforward planning or a well drafted will might have significantly reduced or avoided a tax liability altogether are further examples of the value gained or saved as a result of taking professional advice often dwarfing the cost.

In a world of ever-increasing regulatory and compliance costs, it is a sad truth that some of these costs must necessarily be passed on to clients. As a result, it’s getting more and more important to demonstrate the value added by good financial advice.  One way we can do this for our clients is through the use of cash flow planning; where we can show how our recommendations might benefit the client or their dependents, assisting them in their planning and in making the right choices.

As if we needed reminding – at the same time it’s becoming easier and easier for consumers to do things themselves, the options and complexity associated with them are also increasing, making the probability of mistakes that have serious implications all the more likely.

So, before embarking on your own DIY Financial Planning project – and to avoid having to send a subsequent SOS – please get in touch with our highly qualified team at SG Wealth Management to discuss how we might be able to underpin your financial foundations and help you to secure your future.

If you’ve been filling your recent lockdown time with jobs you’ve been putting off for ages, you should add tracing

Redundancy Concerns during the Covid-19 Pandemic

As an employee, we can all be vulnerable to being made redundant and this fear may sadly be increased in

Covid-19 and Employee Benefits: I get health and dentistry care but I’ve been furloughed. Will this impact my ability to access work benefits?

You should still have access to these employee benefits provided by your employer if you’re furloughed. We would suggest contacting