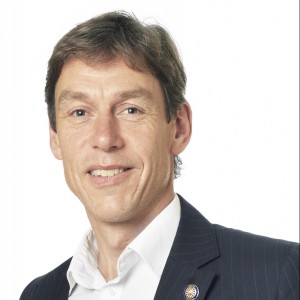 A recent article, written by a fund manager with whom
we have client funds invested, referenced the term ‘clickbait’.
This is generally considered a pejorative term describing web content that is aimed at generating online advertising revenue, especially at the expense of quality or accuracy, relying on sensationalist headlines to encourage forwarding of the material over online social networks.

What it highlighted to me was the growing incidence of apparently reputable publications across both print and online media who fail to substantiate in the body of the article what they have implied in the title. It could be seen as having parallels with ‘fake news’.

The article I mention above was written on the back of the recent ten-year anniversary of the collapse of Lehman Brothers, with numerous references in the mainstream media suggesting similar risks are emerging and questioning whether lessons have been learned, implying that some of the
same financial instruments that caused the last crisis are once again a ‘ticking time bomb’.

STANDING UP TO SCRUTINY

While clickbait grabs our attention, like ‘fake news’ it very often fails to stand up to scrutiny. Whether this is poor journalism from ill-informed purveyors, or a deliberate attempt to undermine confidence by those with a vested interest in selling an alternative solution, is not always clear. Whichever, the sense of frustration from the fund manager was clear.

His particular specialism is in the European Residential Mortgage Backed Securities market (RMBS), part of the wider Asset Backed Security (ABS) market, and generally considered the instruments that caused the global financial crisis (commonly abbreviated to GFC). However, if one looks more closely at the facts and not the headlines, it is very clear that investors in RMBS experienced a very different journey to those in other parts of the
‘bond’ market.

During the GFC, virtually all mainstream asset prices were adversely impacted. However, as the article pointed out, the fluctuation in price is a very different measure than the default rate. Of the US High Yield Bonds outstanding in 2006, 21.2% had defaulted on their interest payments five years later. Investors in Greek government bonds lost 53.5% following a restructuring of their debt. RMBS issued in 2006 and 2007 suffered the worst of the subprime crisis, but realised losses amounted to 11.4%. However, losses on European RMBS during the same period were just 0.02%, and there have been no realised losses at all since then*.

In the fight for our attention, it is unsurprising that journalists hark back to the instruments at the centre of the GFC and suggest history is about to repeat itself. However, that is certainly not the whole truth. We recognise the different risks implicit in our client’s portfolios and remain content with our exposure to the RMBS market in the belief that, should another GFC occur, our clients will hopefully enjoy the capital preservation qualities previously demonstrated by this asset class.

From 1st November 2020 onwards, Architas fund names will change to reflect that they will now be managed by Liontrust

Cycling brings about better physical and mental health, saves on transport or fuel costs, and is kind to the environment.